From Tokyo to Stockholm by Way of Cleveland: My Adventure Taking a Bus to Buy a Car 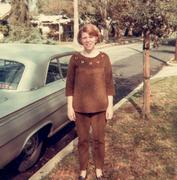 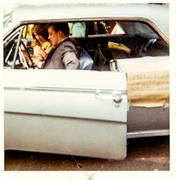 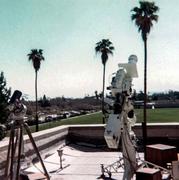 I loved my 1998 standard-shift Toyota Tacoma truck. I bought it new, outfitted it with a topper and a trailer hitch, and used it in many ways. I hauled lumber, landscape stones, plants, and mulch with it. I drove it to professional meetings throughout the eastern US. In 2004, I even drove it to Nova Scotia and back when I spent a semester teaching at Acadia University. Yes, I loved that truck. But years of working the clutch had taken a toll on my left foot, and last year my wife Linda convinced me that I should replace that lovely old truck with a car equipped with an automatic transmission.

Be careful about what you advocate. I don’t think that Linda anticipated what car I had in mind. You see, I had never bought a mid-life crisis sort of vehicle, nor had we ever owned a convertible. So when I agreed to sell the Tacoma, I said that I wanted to replace it with a convertible, and that it must have a hard top, not canvas. Wonderful person that she is, Linda swallowed hard and didn’t really object.

Selling the truck and finding the convertible were easy. We had taken good care of the truck, and I quickly found someone willing to pay our asking price. Then I wandered through cyberspace in search of the perfect hard-top convertible. I pretty quickly settled on a low-mileage 2012 Volvo C70 at a Volvo dealership. The car was very photogenic – dark red, almost wine-colored. After a couple of e-mails and phone conversations, the sales rep and I agreed on a price. (For those who want to see how the hard top retracts into the trunk, here’s a link to a video; the car is just like ours: https://www.youtube.com/watch?v=12wo76rIMLY)

The only problem was that this Volvo dealership is in an eastern suburb of Cleveland, Ohio. The driving distance from Harrisonburg is nearly four hundred miles, and airplane connections between here and there are inconvenient and expensive. So I went to the Greyhound Bus Lines website and learned that you can get from Charlottesville to Cleveland for a little over $100. Of course, the bus travel would involve a bus change in Baltimore and an overall travel time of about eighteen hours. My long-suffering best friend Linda offered to drive me to Cleveland (an 800-mile round trip!), but we both know that once I have identified a way to proceed (no matter how foolhardy), I am very hard to dissuade.

On a pleasant Sunday afternoon in June, I boarded the bus in Charlottesville and bid Linda adieu. It was my first Greyhound trip since my college days in the 1960’s. Today’s buses have some features that weren’t available back then, but some things don’t change. If you’ve ever “gone Greyhound,” you would have found that bus as familiar as I did. The main stops on my itinerary were Washington, Baltimore (where I would change buses), Midway Plaza (Pennsylvania), Pittsburgh, Youngstown, Akron, and Cleveland. The bus was nearly full as it left Charlottesville. Many of the passengers were headed to DC, either as their final stop or to make a connection.

We passengers didn’t know as we departed Hooville what an adventure we’d have getting to Washington. The driver on the first leg of the trip was very courteous and did his level best, but as he explained, he was acting as a substitute for the regular driver, and he had only been along the route once before. Inevitably, there were some wrong turns and backtracking. Passengers, especially those who had close connections or who were being met at Union Station by friends or relatives, were not amused. Many of their comments were mean, salty, or both. One young woman was particularly vocal. When we finally approached Union Station an hour later than scheduled and the driver missed the entrance the first time around, she cursed him and said that he could stop right where he was and let her off the bus. His calm reply was the best comment of the whole trip: “Ma’am, there’s nothing I would rather do than let you off right here, but I am not allowed to do that.”

The late arrival at Union Station wasn’t a problem for me, since my schedule had a layover of several hours in Baltimore. About 1 AM I boarded the second bus to head west through Pennsylvania. I slept fitfully during this part of the trip. We reached Midway Plaza about 4:30 AM and got to Pittsburgh about 90 minutes later.

Although there had just been a shooting outside the Pittsburgh bus station, things were calm inside. During the nearly two-hour layover in Pittsburgh, I conversed with a fellow passenger – a young man who was relocating from his night-manager job at a Harrisonburg motel to a similar job in Indiana. He told me that he is from a large family in India and routinely sends some of his earnings back there to help provide his sister with a dowry.

The ride from Pittsburgh to Cleveland went smoothly, though I confess that I was very glad when I stepped off the bus. Matt, the Volvo sales rep, had offered to meet me at the station, and there he was. He was driving a brand new Volvo “station wagon” and we had a pleasant conversation about various things: the Cleveland Cavaliers winning the NBA championship, the Rock and Roll Hall of Fame, the Republican National Convention soon to convene in Cleveland, and his own change of career path from computer information systems (his college major) to car sales.

How was the drive home? Just fine! After a short test drive of the object of my quest, we completed the paperwork, and I started the drive back to Harrisonburg. My route took me east and south through the western tip of Maryland, where I had a fast-food supper near beautiful Deep Creek Lake. Like ET, I phoned home. A couple of hours later, having passed near Mount Storm and through the beautiful West Virginia countryside, I reentered the Shenandoah Valley. I got home just as dusk was falling, nearly thirty hours after boarding that Greyhound in Charlottesville.

Bottom lines. Linda took the car out for a spin a few days later. When she got home, she said, “That really is a nice car!” Although I still cherish my memories of that Toyota truck, we enjoy our convertible. And I also have pleasant memories of that long, strange one-way bus trip filled with colorful characters. As the saying goes: “Life is a journey: enjoy the ride!” --Bill Ingham, March 2017